Unica strives to establish a good mix in its order portfolio between multiyear maintenance contracts and specific project assignments. The dependency on specific projects has been steadily reduced over the past few years, in favour of clients who require the services of Unica over a longer period, thereby guaranteeing recurring business.

The contract signed by Unica in 2021 with the Dutch Central Government Real Estate Agency is an excellent example. Unica will be responsible for the inspection and maintenance of the climate control systems and heat generation systems for more than 1,250 buildings for the Defence organisation in the Northern and Southern Netherlands. The contract also includes meeting the circularity targets and sustainability ambitions for the Defence organisation buildings managed by the Central Government Real Estate Agency. This contract which starts in 2022, has a maximum term of eight years, and is the largest maintenance order in Unica’s history.

Unica is of course proud of all new contracts, but consolidated long-term cooperation with loyal customers also receives constant attention. In 2021, the ongoing relationship with Thales was continued, with a new project and maintenance contract. Collaboration with Scania, which goes back several decades, took on a new dimension in 2021, with an innovative project for the recovery of residual heat from the painting of plastic cab and chassis components at the Scania production hall in Meppel.

A growing number of organisations have recognised our expertise in the specialist domains in which Unica operates. For example, Team Terminal became one of the first users of the Your Identity Management (YIM) platform, developed by Nsecure. Team Terminal, a large oil company in Rotterdam’s Europoort area, plans to fully facilitate its access management process for visitors, staff and contractors via the YIM platform. The ICT knowledge of Unica is also deployed for a number of other major customers. For example, thanks to the services of Unica ICT Solutions, Transavia has been able to return to office work safely using the Save the Desk App, while the JumboVisma pro cycling team uses PowerApps to optimise team planning.

The acquisition of Gerco and Applicom has further reinforced our position in the domain of fire safety solutions. One positive outcome was an attractive contract for the Royal Netherlands Navy Institute (KIM) in Den Helder. Unica has also developed a broad portfolio in cooling technology since 2020, that services big-name clients mainly in the food sector. Over the past year, refrigeration units were supplied to various clients including Nature’s Pride and Sjaak van Schie, and a transcritical refrigeration installation was delivered to Allround Cargo Handling.

Another market sector in which Unica has considerable domain knowledge is healthcare. New contracts were signed in 2021, among others for the realisation of a new operating theatre complex for the Treant Zorggroep, the new build of Het Wooldhuis for Het Zand, modernisation of the ICT environment at the Revant rehabilitation centre and the new build for a nursing home for care organisation De Waalboog. Unica also has plans to contribute to the new build order for the Rijnstate Hospital in Elst. With a special hydrogen facility for energy generation, and facilities for energy storage and renewable energy, this new hospital site will be fully CO2-neutral.

With the acquisition of Pranger-Rosier, Unica reinforced its regional position in the Northern Netherlands. With a customer base including the Elfstedenhal, the Regional Training Centre Friese Poort and milk powder producers Ausnutria, Pranger-Rosier serves a number of leading players in the region. In Den Helder, Pranger-Rosier is working on the new town hall, a project that is being undertaken in close collaboration with new colleagues from Unica Building Projects Noordwest. This company, based in Friesland, also serves regional parties that aim to enhance the attractiveness of the Province, including the Lauwersoog World Heritage museum and recreational sites on the Wadden Islands. Based on Unica’s philosophy of working close to its clients, local orders from the region form the backbone of the group’s activities. The renovation of the lighthouse in Hellevoetsluis is just such an order that also proves the point that it is not only major projects that appeal to the imagination.

Although there is attention for expanding the customer portfolio, customer satisfaction remains the number one priority. In the case of maintenance contracts, clients receive a brief survey after completion of all work. The aim of the survey is to determine whether the work has been carried out satisfactorily. By organising regular customer arenas, the entire Unica customer team consults with clients about the level of service they experience and any possible areas of improvement. Only one customer arena could be organised on location during the summer period. Due to the COVID-19 restrictions, the majority of the dialogue sessions in 2021 were held via digital links. 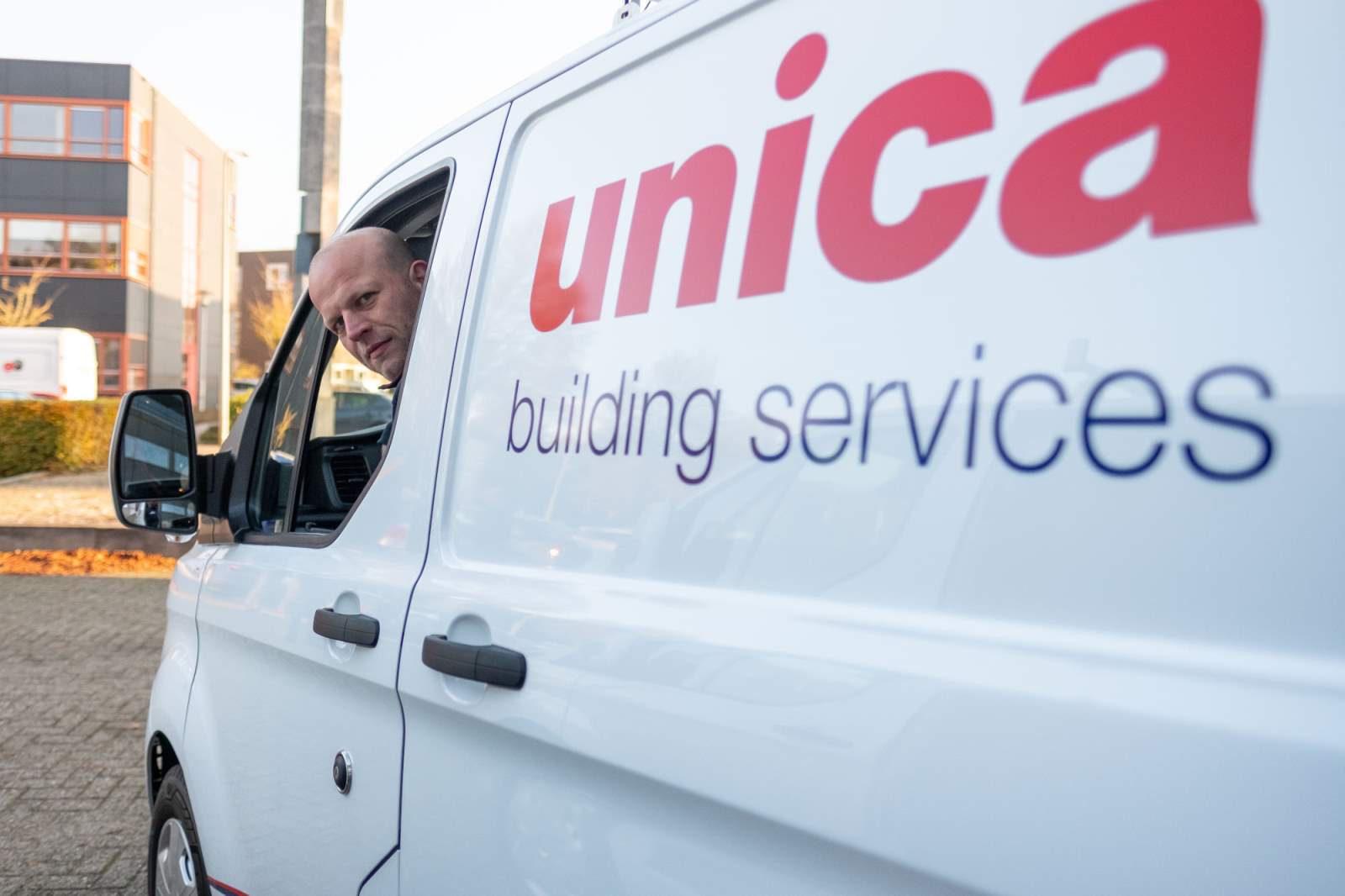 2021 also saw the first uniform customer satisfaction survey. This survey is sent to every client of all the Unica companies and includes questions about their overall experience of the level of service provided by Unica. This annually recurring survey should give Unica a greater insight into the client perception of the company, across the board. Via an internal commercial network, the commercial ties between all the Unica companies are encouraged, as a means of better expressing the added value of integrated service provision by Unica as a whole. During a national network meeting in the summer, a series of ideas were elaborated, aimed at further strengthening the commercial effectiveness of the Unica group of companies.